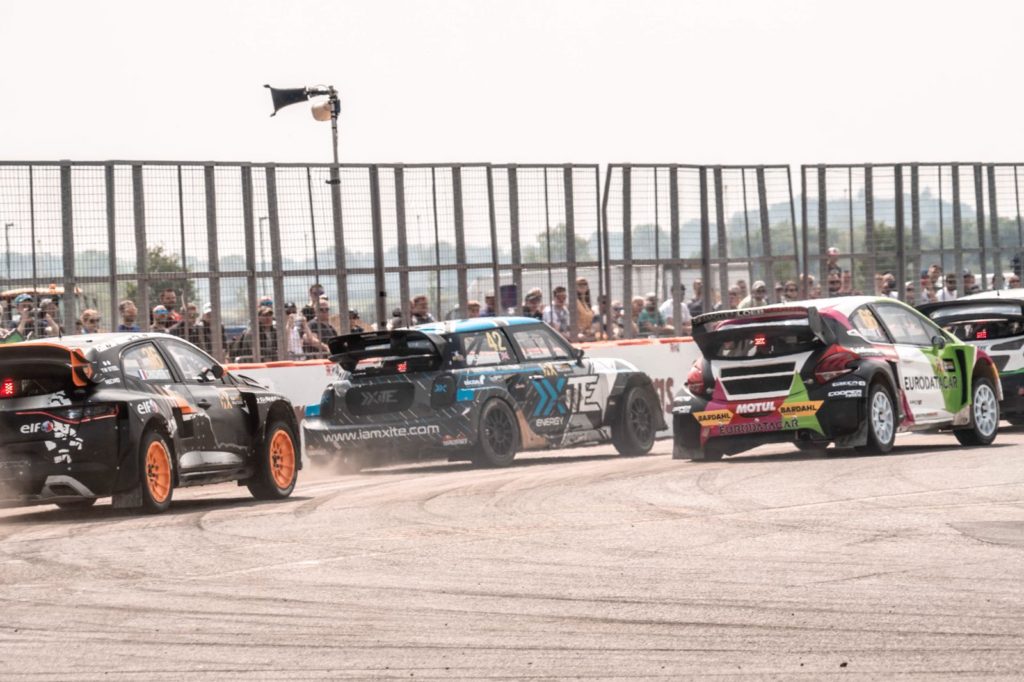 Bristol’s Oliver Bennett had a promising weekend for the XITE Racing Mini Cooper SX1 as the FIA World Rallycross Championship headed to the legendary Silverstone circuit for the inaugural race of the new rallycross circuit.

Bennett enjoyed racing in front of the 27,000-strong home crowds, “It was great, we had such massive support in the pits and on the track! All the fans kept coming to tell us how cool the mini looked on track which is great to hear!” commented Bennett.

While the weekend didn’t go to plan in terms of results, the team did learn a lot about the car, which competed in only its third race.

“The weekend went great and we learnt masses about the car. We started off in practice running top 10 times which was great to see, as I’m now getting more confident and used to the car and the way it drives I’m starting to be able to give good feedback on setup changes.

“As the day ended we were running good times, but I started to need some setup changes to get the car to do what I needed.

“We changed diffs and suspension overnight, which helped a lot on day 2 and by Q3/Q4 I finally really got the feeling of this car and we started to fight in the field alongside getting the starts more consistent with new handbrake and clutch solutions.”

In the fourth qualifying race Bennett would be forced to retire when a suspension part failed.

“Unfortunately the big jump found a small error with one of the rose joints on our suspension not having enough thread in so unfortunately it pulled out the joint.

“This jump was so much bigger than anything else we have seen in RX so it highlighted a small fault in that joint, which is now rectified and a lesson learnt!

“Unlikely we would have had that issue if it wasn’t the size of jump but I couldn’t slow down for the jump without losing around 6 tenths off the lap time… Q4 was probably our strongest point of the weekend as well.”

This weekend saw a new format for the World RX of Great Britain as it switched away from Lydden Hill to Silverstone for the new Speedmachine Festival, and while it was a bus weekend of racing, there was still some time to check out what was on offer.

“I was with Drivetribe for the Friday doing some filming around the e-sports area of the festival, with that, the music, food and great weather I thought it was probably one of the best rounds I’ve been too for activities and hospitality.”

FIA World Rallycross heads to Hell, Norway for the next round on 9/10 June. Stay tuned for the latest updates from the team and don’t forget to follow Oliver on Facebook, Twitter, and Instagram at @oliverbennett42.