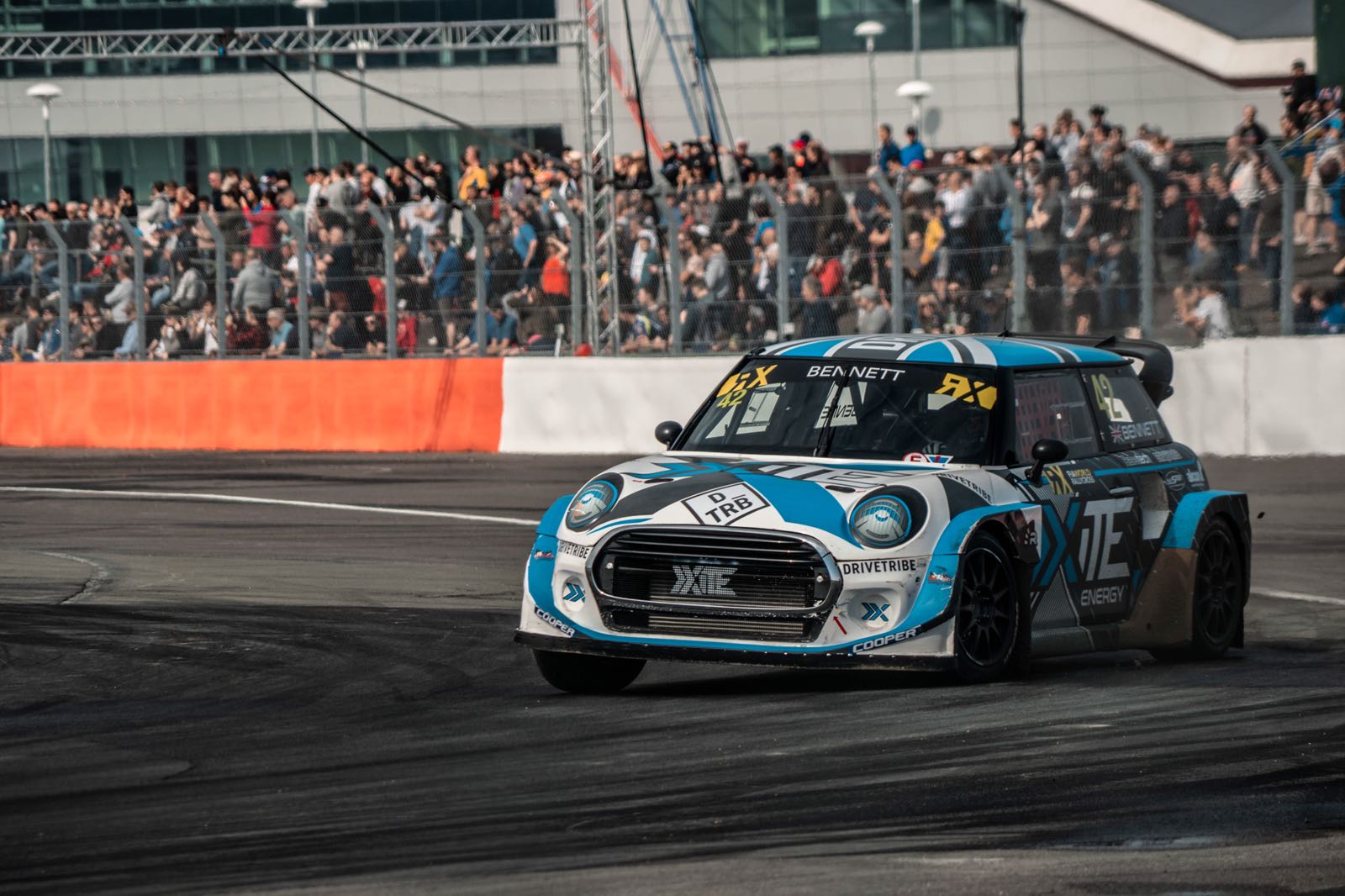 Bristol-based Oliver Bennett and the XITE Racing team are heading off to Norway this weekend for the fifth round of the FIA World Rallycross Championship as it heads to Lånkebanen in Hell.

Following a short break after racing in front of the home crowds at Silverstone, the team have been busy with the continued development of the XITE Racing Mini Cooper SX1 after they identified mechanical issues last time out.

Talking ahead of the weekend Bennett said, “We have spent all week rectifying a clutch issue we have been having and looks like we have got to the bottom of the issue so we are hoping for some successful starts and a reliable weekend!”

With limited testing available for World RX racers, Bennett has been making the most of what tools there are, including practicing the circuit on the Dirt 4 video game to help learn the circuit.

“I have such limited seat time and none at these tracks! One thing playing Dirt 4 helps with is lines and track familiarity! I often compare them to In car footage obtained from YouTube and the difference is minimal. It just means those first few practice sessions I can learn the car, speeds and angles as opposed to just thinking of directions!

“I try and do as much research as possible, if I can emulate the braking zones, gear selections (to a point) and acceleration points from World RX in car footage its a big help leading into practice, thats why our first event at Barcelona was so strong as I researched it so much I knew every braking and accelerating zone without on track experience.”

The Norwegian track is a highlight on the World RX schedule and Bennett is looking forward to getting his first taste of the action this weekend.

“The track itself looks amazing with the undulations in terrain, I think it will be pretty amazing to drive so I just want to get out there and have some fun! I have a feeling the track will suit my driving style too!”