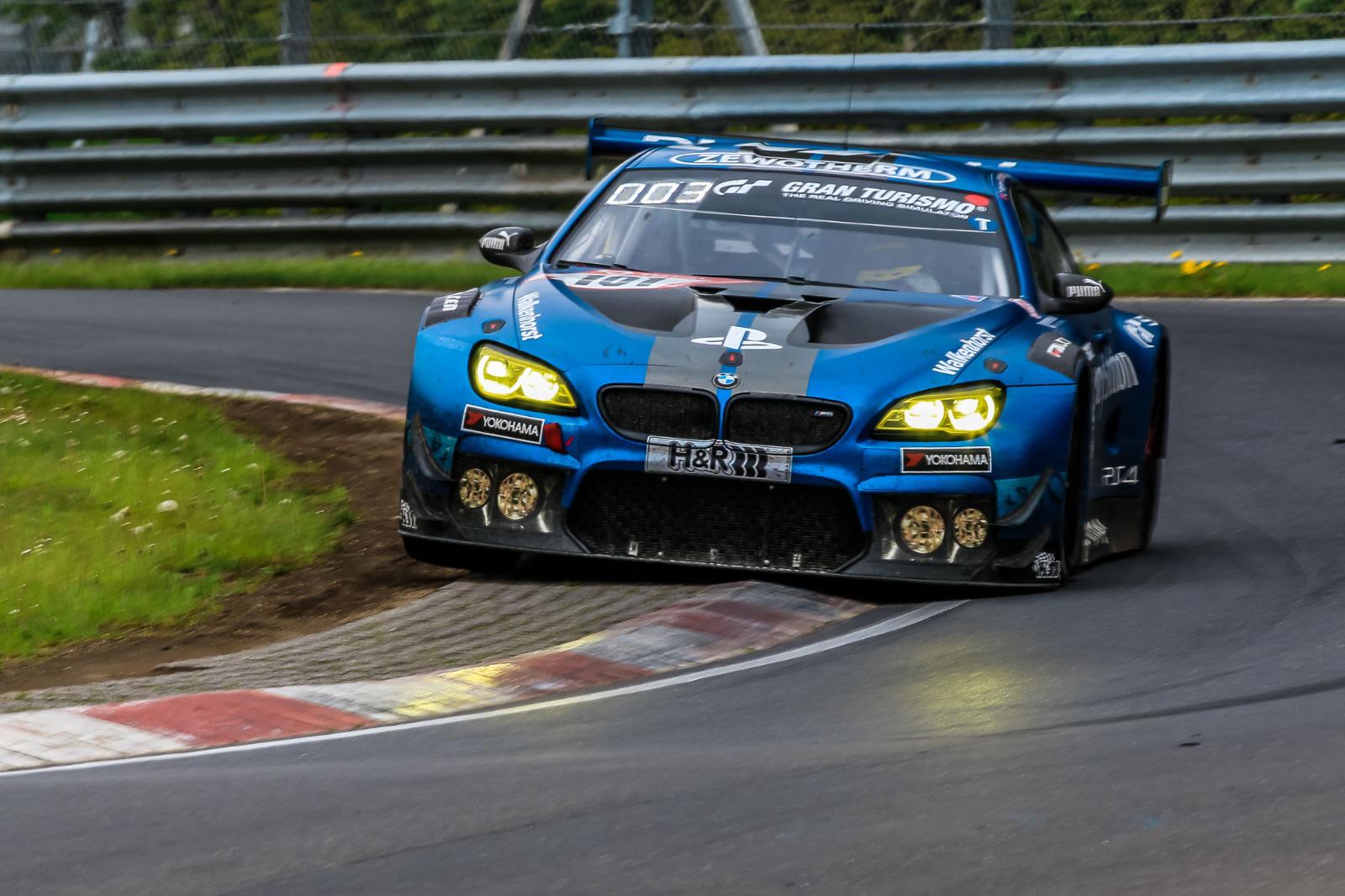 Fresh from his two-day test with the SportPesa Racing Point F1 Team in Barcelona, Solihull’s Nick Yelloly resumed his BMW Motorsport Factory driving duties as he headed to Germany to take on the 6 Hour qualifying race with Walkenhorst Motorsport, ahead of the 24 Hours of Nürburgring on 22 June.

Yelloly lined up alongside fellow British driver David Pittard, and Christian Krognes in the #101 Playstation-backed BMW M6 GT3 for the race at the legendary ‘Green Hell’.

After a strong practice and qualifying, the team lined up twenty-first on the grid of one hundred cars for the start of the race. Over the course of the 41 laps they fought hard to make it through to the front of the pack.

A good performance by the three drivers put them in a strong position in the closing stages of the race, and while Christian Krognes was on his final stint, the Norwegian made a brilliant pass on the #99 ROWE Racing BMW to take the lead.

The move would mean Krognes led home a 1-2-3 finish for BMW, taking Walkenhorst Motorsport’s first race win since 2015 at the Nürburgring by 12.6 seconds.

With the first part of the 2019 ADAC Total 24 hours of Nürburgring completed, focus now switches to 20-23 June where the team will have it all to do again.

“For the first few laps it felt slightly weird, but not too much of an issue if I am honest. You have to have to completely different driving styles and brains for the different cars.”

“It was so much fun, it was my first proper running in the dry for any distance around the circuit and also first time on the Yokohama tyres too. So to get the double stint in and feel how the tyres behaved was really good learning for the 24”

…on Christian battling for the lead in the final stages

“I felt very comfortable, having watched Christian [Krognes] before I know what he’s capable of so I knew the car was in safe hands.”

…on 24 hours of Nürburgring preparation over the next month

“I’ll be making sure my fitness levels are at a very good level and of course some simulator work to be sure to be straight on in it come the end of June. Also a bit of free time to be at home will be nice after a pretty mental last month!”

“The sim work will definitely help with concentration for the long events, as well as making sure I am in top shape physically for them too. Usually a sim day starts at 8:30/9 and finishes as late as 7 or 8 pm on some days so learning to complete good laps when mentally tired is something I feel I am able to do with no problems.”

…on added pressure from winning the qualifying race

“Winning the qualifying race means more eyes will be on us that’s for sure. But no real added pressure, as with all races at the Nordschleife you have to concentrate on your own race and be in the fight in the final hours. Which is what we will be aiming to do”

…on competing at the 24 Hours of Nürburgring for BMW Motorsport

“It’s a great honour to have been put in to the race by BMW Motorsport. This is one of their flagship races and one in which all the drivers want to be part of, I cannot wait to get going in June at the 24 and see what we can do as a team.”