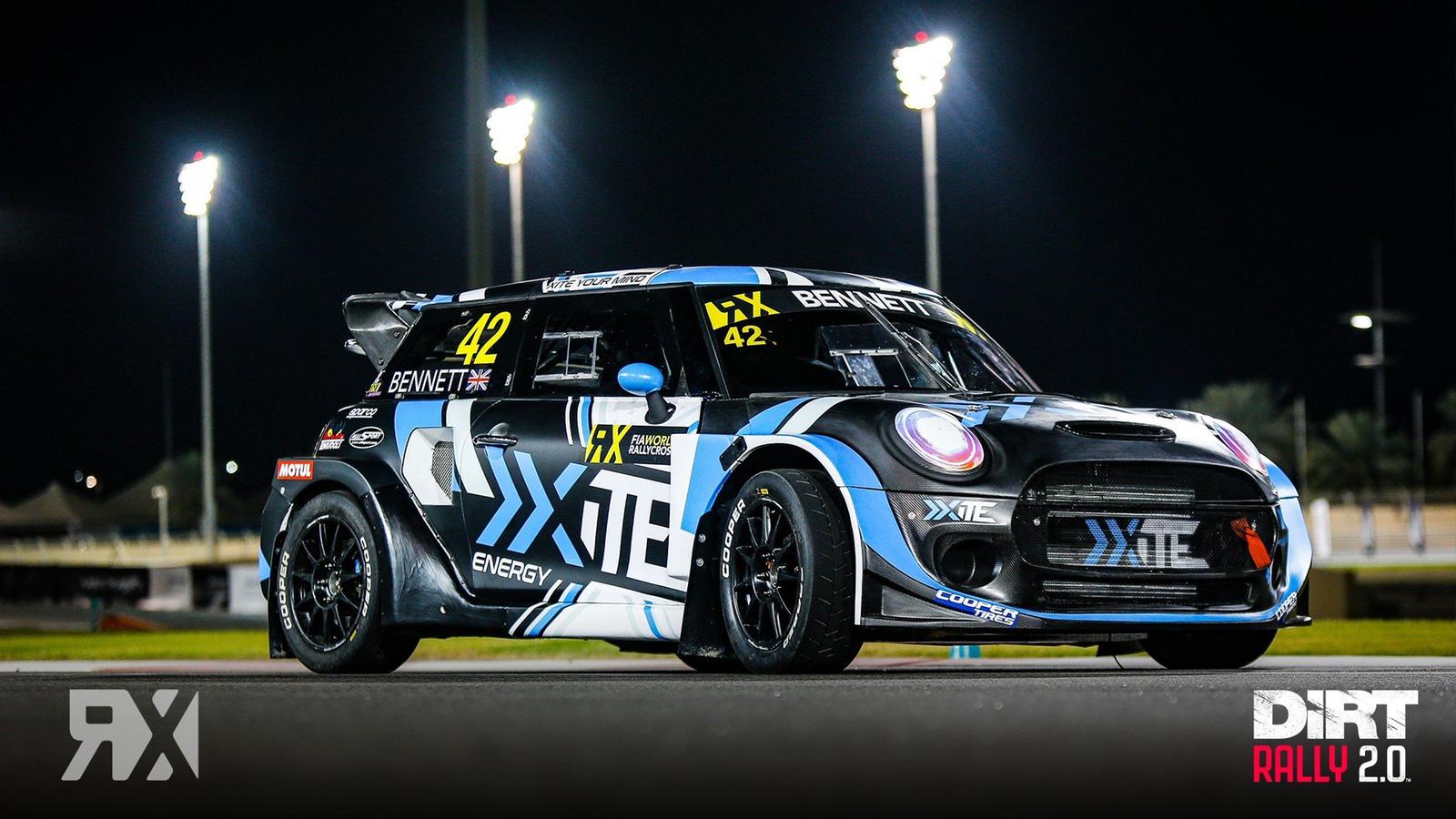 DiRT Rally 2.0 players will be able to drive the popular XITE Racing MINI Cooper SX1 in-game soon as part of the Season 4 downloadable content, which will be available from 14 January 2020 across PlayStation®4, Xbox One and Windows PC.

The Mini will become the second XITE Energy-backed car to appear in the game, with the Ford Fiesta available to all players from the launch of the game.

XITE Energy Director and FIA World Rallycross driver Oliver Bennett expressed his delight at the addition of the Mini to the game.

“It’s great to see the Mini Cooper finally announced on DiRT Rally 2.0; we’ve got an excellent relationship with Codemasters through XITE, and that helped us initially get the Fiesta on the game, which was great for not only myself but also the fans.

“We get so many pictures sent through to us playing the game in our car, trying to set lap times in competitions that we’ve run, which has been great.

“We’ve taken that to events all over the UK with the four Playseat® simulators on the back of that partnership, which has been great, but the amount of people that have asked ‘Can I drive the Mini?’ has been immense and unfortunately up until this point they haven’t been able to, so to see the Mini finally come on the game is going to be sick, its going to be great fun to get back on the game and do some laps in the Mini.”

Along with the Mini, players will see the addition of the Killarney International Raceway in South Africa, which will host the season finale of the FIA World Rallycross Championship in November. Fan favourite Lydden Hill returns to the DiRT series along with a host of other Rallycross related content.

“It’s been six months since we launched DiRT Rally 2.0 and the response from our community has been positive,” added Ross Gowing, DiRT Rally 2.0 Game Director at Codemasters.

“We spend a lot of time listening to our players, and we’re delighted to bring them remastered classics alongside new vehicles and locations to give them a completely new experience.

“Seasons Three and Four are a perfect blend of classic and new with the likes of Greece and Finland which were established on the original DiRT Rally, through to new RX circuits in Abu Dhabi and South Africa. There is so much variety that will appeal to old and new players alike. We’re also delighted to update the FIA World Rallycross Championship with new 2019 vehicles as well as bodywork and livery updates.”

Players will have the opportunity to purchase Seasons Three and Four and each piece of content separately on their digital store of choice. While the release of the Mini is a few months away, XITE Energy fans can drive another XITE Energy liveried car in the upcoming GRID game, set for release in October.

DiRT Rally 2.0 is available on the PlayStation®4 computer entertainment system, the Xbox One family of devices and Windows PC (DVD and via Steam). Keep up with all the DiRT Rally 2.0 news and follow updates from the studio on Website, Facebook and Twitter.