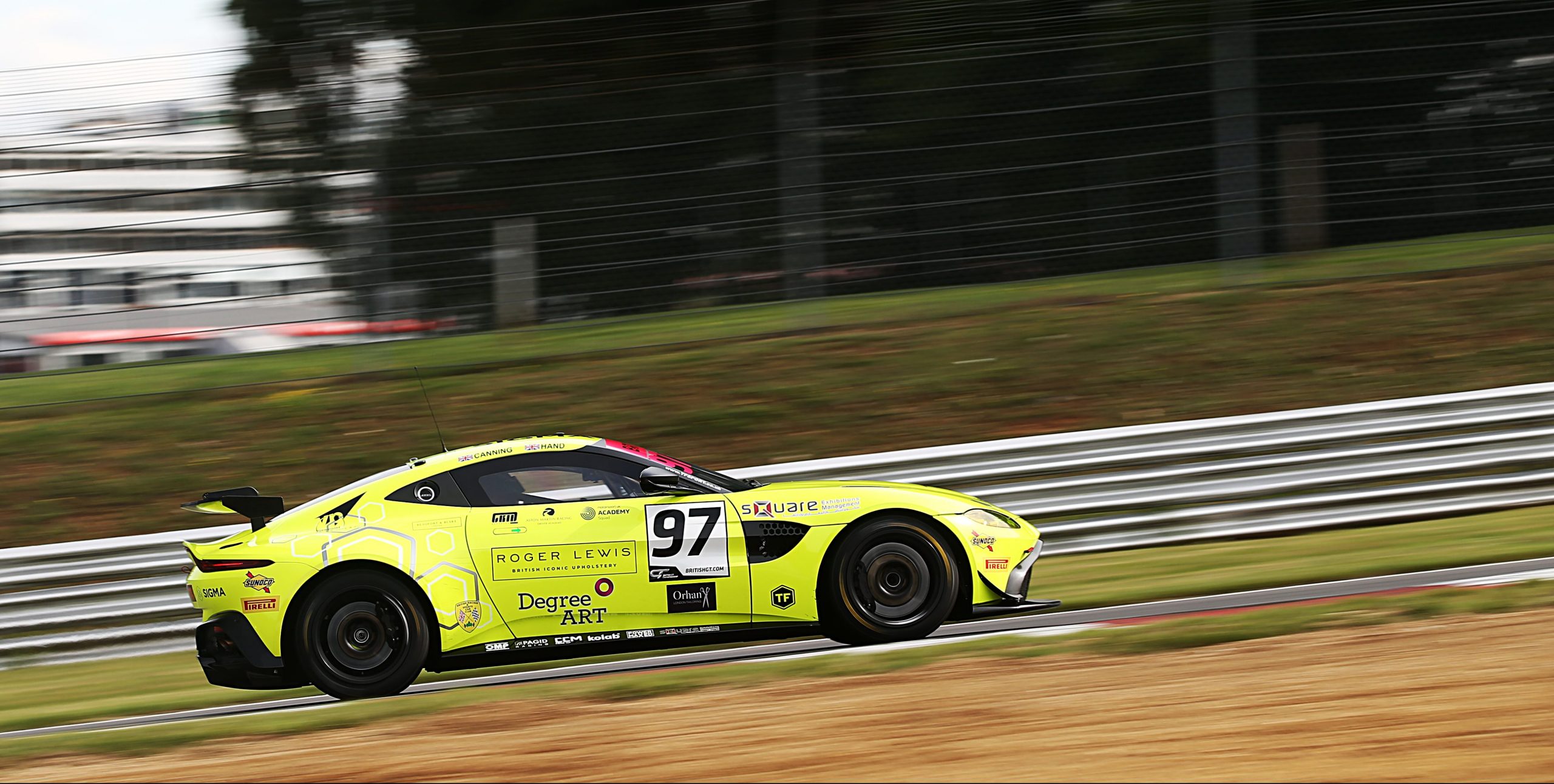 Aston Martin Academy driver Ash Hand and team-mate Tom Canning secured another podium finish at Brands Hatch to strengthen their hold on the British GT Silver GT4 Championship and the overall GT4 Championship as the series in the penultimate round.

It was a race against the clock to get the TF Sport Aston Martin Vantage AMR GT4 on to the grid as the team discovered a fuel leak, thankfully the issue was fixed, and Hand could join the grid ready for the start of the race.

Starting from second place, Hand made a lightning start to take the lead of the race on the opening lap. While Hand would get to work to build his lead, a safety car period neutralised the field.

During the pitstops, the team had an added 20-second penalty for their race win at Spa-Francorchamps, dropping them down the order, Canning fought hard to return to fourth place as the chequered flag came out and later promoted to third place due to a time penalty on the third-placed car.

“I’ve got the best bunch of guys I could possibly ask for, and they are the most knowledgable and most experienced people around. I was always positive that we had the best people working on my car, and if the issue were fixable, it would be fixed. I believed in them, they did a great job, so I was delighted with that.

“It was another big weekend; going into it we had to make sure that we maximised the points haul again, which we did, even with our pit time penalty for winning at Spa. The objective was to extend our lead in the Silver Championship and the overall Championship. So we’ve done that this weekend and we are over the moon with the result.

“We’ve got a little bit of space now in the Championship which is great I think we have still got to go to the next round with the aim of winning, but in terms of how the weekend went from start to finish we did a great job, like the team did a great job, the car was great, we all worked well together and I think that’s the recipe for where we are right now in the Championship.

“At every single race, the team, myself and Tom have worked so hard to make sure that we are always in the best possible position, and that’s why we get consistent results because we are all working hard towards the same goal. We had a fantastic weekend, and I was pleased with the outcome.

“We have taken the lead in the overall GT4 Championship, and I do think that Donington is going to be a really strong circuit for us. I believe that we will go to Donington and win.

“It’s much nicer winning a championship through winning a race, it shows your dominance, and it shows that you deserve to win the Championship and I believe we are fast enough.

“The team put out a great car last time we were at Donington, so I’m confident that we can go there and we can do a great job and win the Championship.”

“Both championships are going down to the wire which is always our plan, to make sure we’re set for the Donington Decider. GT4 was good with some very fired up young drivers and for those in the battle it was a great result.”