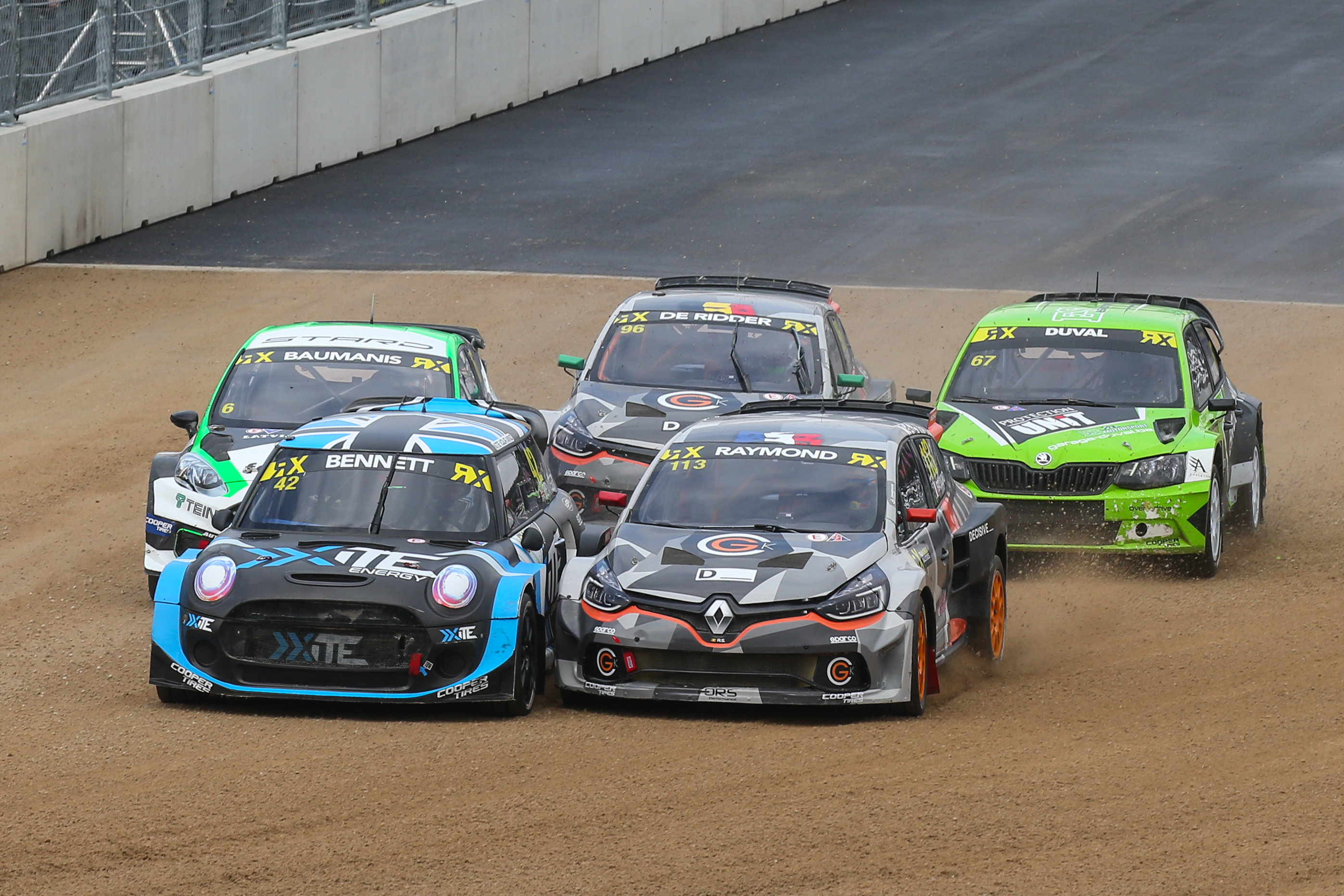 After securing a race win in the final qualifying heats of the World RX of Benelux at the iconic Spa-Francorchamps circuit, Bristol-based driver Oliver Bennett is hoping to impress the home fans as the FIA World Rallycross Championship heads to Silverstone this weekend for the SpeedMachine Festival.

While the team just missed out on the semi-finals in Belgium, they are confident they can qualifying this time around having ironed out the issues that have plagued them at the start of the season.

The 2019 SpeedMachine marks the second World RX event to be held at the purpose-built circuit at Silverstone and it is a track that Bennett is confident at as he looks to build on the pace he has shown all year.

Oliver Bennett quotes ahead of Silverstone

“The Spa-Francorchamps circuit was probably one of the best circuits we’ve had this year. Obviously, with Eau Rouge, a lot of the drivers were looking forward to.

“My favourite part of the circuit was the gravel section that played really well to my strengths, being able to drive well on the loose. It is much more fluid and suits my driving style and probably suits the Mini where it’s comfortable in the wet and slippery conditions.

“I thought it was an amazing circuit and coming off Q4 obviously we had a really good run and pushed really hard for that qualifier, we were fast all weekend really and I think being pushed wide on a few of the starts on a gravel first corner didn’t help us and I think ultimately cost us the semi-finals.

“It was a bit of a disappointed that we didn’t get our first semi-final there and I think looking ahead to Silverstone we’ve Ironed out all the problems with the car now.

“We’ve got a really good solid set up that we dialled in at Spa so I think that’s going to suit Silverstone as well especially again with the loose conditions. I raced there while in the Fiesta back in the British Rallycross so I think we’ll be very strong and obviously, it’s a tough race but fingers crossed we should be doing well at Silverstone.

“Expectations… can we make the semis? Yes, I’ve got high hopes, obviously our last race in the Fiesta in the British Rallycross we won every qualifier. Unfortunately, I didn’t get a chance to run the mini there earlier this year for too long due to a technical issue.

“I think the mini is going to run well there I really like the circuit, its a technical and sharp circuit so it plays to the mini’s characteristics quite well being a short and nimble car so I think we can really push there for the semi-finals and I don’t see any reason why this wouldn’t be the weekend we will make it through.

“Pressure-wise being a home round I don’t think there is so much, for me even in any Rallycross round I think the main thing is to control what you can control.

“We’re all turning up doing the best we can with the car and being prepared as much as I can, making sure we are focused and then obviously for the race itself there is nothing you can control apart from getting off the start well.

“That’s one thing we’ve really dialled in this year and we’re in the top five cars off of the start.

“I think the pace is there now, I think the car is there, and I think I can drive up there with the top guys so it’s just piecing all together now, a bit of luck on our side and we’ll be well away.

“The pressure really doesn’t come into that side as everything is under control.”