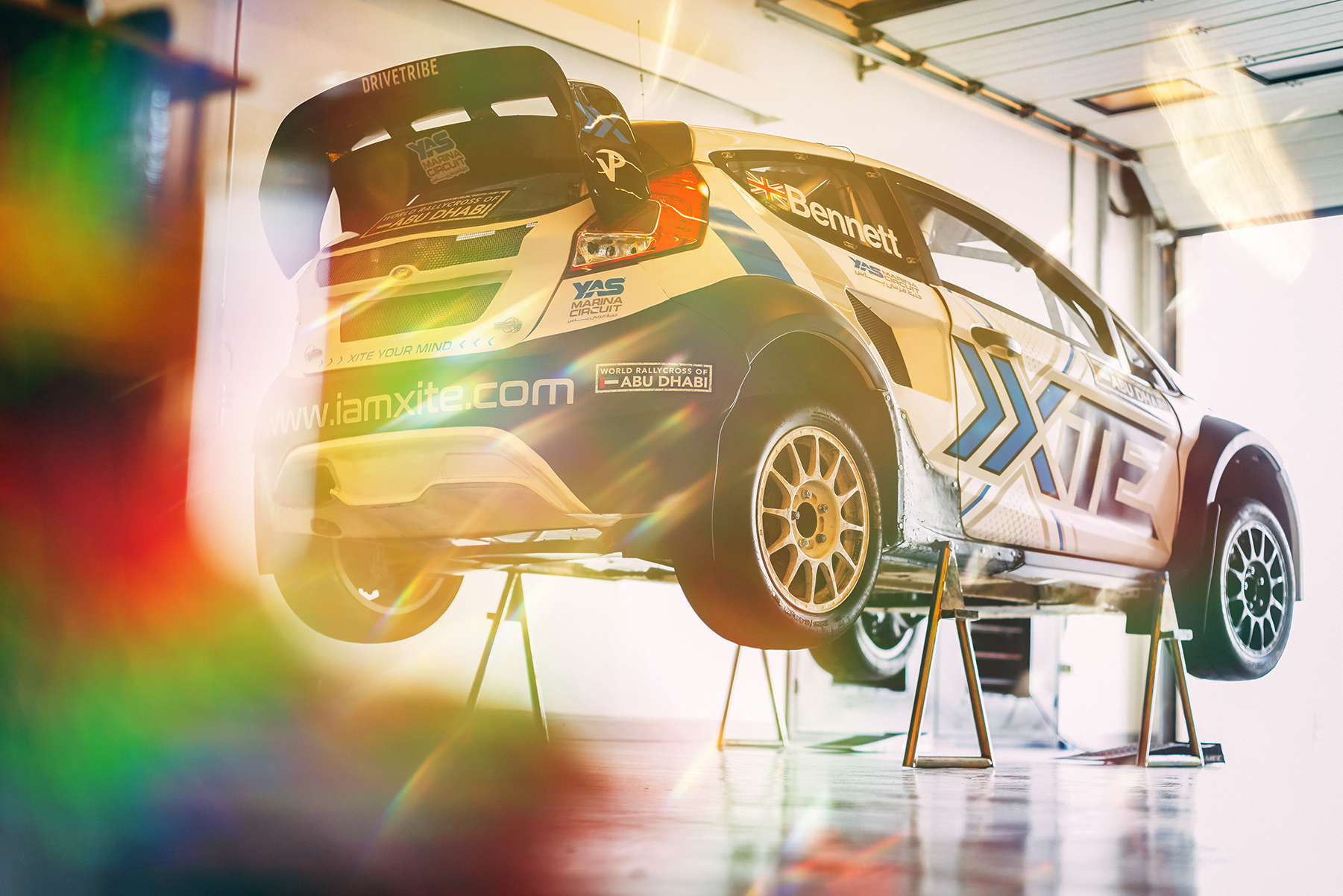 XITE Energy-backed Bennett was on hand for media duties before getting chance to drive the new circuit which incorporates part of the Grand Prix circuit that the FIA Formula 1 World Championship use.

While the circuit is still undergoing its final development ahead of the opening round, Bennett took his XITE Racing Ford Fiesta around the circuit providing rides for local media and VIP’s.

Despite not being the XITE Racing Mini Cooper SX1 that he will be driving in the 2019 FIA World Rallycross Championship, Bennett was impressed with what he had seen of the circuit already.

What are your first impressions of the circuit?

The circuit is great, it has a really good layout with fast and wide over taking spots and some really nice natural features like the hill drift, so I think the racing is going to be very interesting with all the passing places.

What was your favourite part of the new track?

It has to be the big hill onto the left-hand hairpin. You can just keep it nailed all the way from the bottom of the hill and just send it. Should make some pretty cool racing action!

Where do you think there will be the most action during races?

Turn 1-2 will be pretty crazy off of the start and then you have some big overtaking spots on Turn 3 and down the back straight. Up the hill could also make for some interesting inside moves too.

The entry list for the full season entries was released by the series organisers yesterday, featuring 15 other drivers that Bennett will compete against.

You’ve seen the entry list now for the new season, what are your thoughts? Who is going to be the drivers to beat?

It looks like it is going to be a great season. Good to see so many strong entries and see the top cars back from last year like Audi, Peugeot, GRX + GCK

I think we have a good mix of current high-level drivers like Timmy and Kevin Hansen, and Andress Bakkerud. This is alongside the introduction of some Euro + Lites champions that have already proved themselves in the lower classes.

I think you should see a big mix up in the grid this year! Liam Doran in the Audi S1 might throw something in too that’s usually impressive and fun to watch… I wouldn’t want to call it!

Aside from pre-season preparation and attending the Abu Dhabi RX launch it has been a busy time for Oliver Bennet and the XITE Racing team, supporting the launch of Codemasters Dirt Rally 2.0 game where the XITE Energy-backed Ford Fiesta can be driven in-game.

How does it feel to have your livery in the new Dirt game?

Crazy good fun to send it in the game with the Fiesta! And very cool to see the fans driving it and sending me videos and screenshots too! Maybe we can get the mini in there?

Any news about the Fiesta and a potential guest entry for another driver?

Nothing yet, but I think you will see it in a World RX round at some point this year.

XITE ENERGY was created to by the need to have an energy drink that aligned with its fast paced and innovative surroundings. New science educated that smoking is harmful and caffeine and sugar isn’t what prodvides energy. Yet here we are 10 years after the launch of the energy drink industry and the drinks have failed to keep up with technology and its advances.

XITE is the merge of innovation within the beverage industry to bring a new frontier to energy drinks. Our beverages are designed around functionality yet have no shortcuts on health. Natural flavours and caffeine combined with zero sugar give you the taste and lift you expect from out dated energy drinks without the un natural ingredients. Combined with our functional ingredients that provide a cognitive boost to really focus your energy and XITE your mind. The final frontier is nootropics. Here we bring you XITE focus energy – iamxite.com

The FIA World Rallycross Championship presented by Monster Energy is head-to-head, short, sharp racing on mixed surfaces (dirt and asphalt) contained within amphitheatre venues. High profile drivers are equipped with RX Supercars with over 600bhp and an acceleration of 0-60mph in less than two seconds. World RX debuted in 2014 with a calendar including events in Argentina, Turkey, Canada and throughout Europe. Building on the success of World RX’s first five seasons and the burgeoning momentum behind the series, the 2019 calendar will incorporate 10 rounds across four continents. Along the way, it will visit some of the world’s most historic rallycross tracks, while introducing two exciting new challenges in the shape of Abu Dhabi’s Yas Marina Circuit and the legendary Circuit de Spa-Francorchamps in Belgium. Following its successful debut last year, Silverstone’s Speedmachine Festival returns on May 25-26.