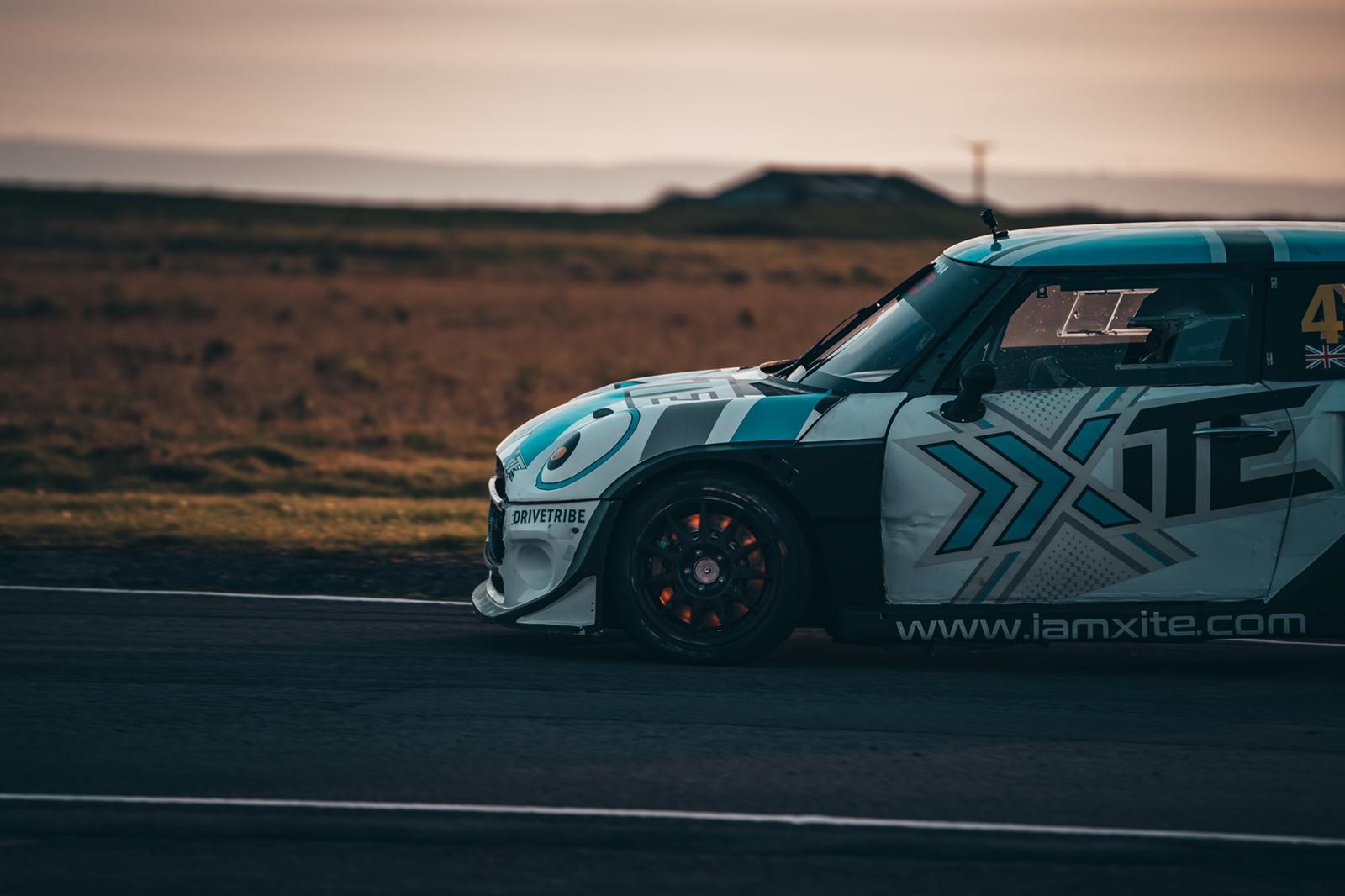 Following on from the announcement that Bristol-based Oliver Bennett will be taking on the full season of the FIA World Rallycross Championship in 2019 the XITE Racing team have been hard at work upgrading the car for the new season.

Having made the switch to rallycross in 2016 Bennett has quickly moved through the ranks to the world stage, competing in both World RX and the inaugural Americas Rallycross season in 2018.

Last week Bennett had his first taste of the new updates as the XITE Mini Cooper SX1 hit the track for shakedown.

“We have had some major changes to the car this year, in 2018 we built the car in 3 months before the season and somehow managed to race a full season. For a small team this was a miracle and we had a lot of updates for the car by round 4 that we completed”

In terms of the updates for 2019 Bennett comments, “There is almost too many to list, but lets say the cars window of performance is much much larger, and how the car is put together for the mechanics to work on has vastly improved which makes it easier for us to change setups and maintain the car on events.”

“We had a few things related to geometry and differential we wanted to change all year but we didn’t have time. As you may have seen during last season, I struggled to keep the car within its limits, since the test I can feel this window opening meaning I can get really aggressive with the driving style and find all the of speed we can! I’m really XITE’d!

While the last event of the 2018 season was at Gymkhana GRiD at the start of December, the team have only recently got the car back from South Africa, meaning they have been up against the clock to get the upgrades carried out ready the new season.

“It’s been a major rush! Mainly because the car goes to Abu Dhabi middle of April and we have to get the car back to the manufacturer in France after testing to get a rebuild so its going to be tight! But we will get it done!

The 2019 FIA World Rallycross Championship season gets underway on 5 April as the series makes its Middle Eastern debut in Abu Dhabi at the Yas Marina Circuit, making the first of four visits to current Grand Prix circuits throughout the year.

XITE ENERGY was created to by the need to have an energy drink that aligned with its fast paced and innovative surroundings. New science educated that smoking is harmful and caffeine and sugar isn’t what prodivdes energy. Yet here we are 10 years after the launch of the energy drink industry and the drinks have failed to keep up with technology and it’s advances.

XITE is the merge of innovation within the beverage industry to bring a new frontier to energy drinks. Our beverages are designed around functionality yet have no shortcuts on health. Natural flavours and caffeine combined with zero sugar give you the taste and lift you expect from out dated energy drinks without the un natural ingredients. Combined with our functional ingredients that provide a cognitive boost to really focus your energy and xite your mind. The final frontier is nootropics. Here we bring you xite focus energy –  iamxite.com