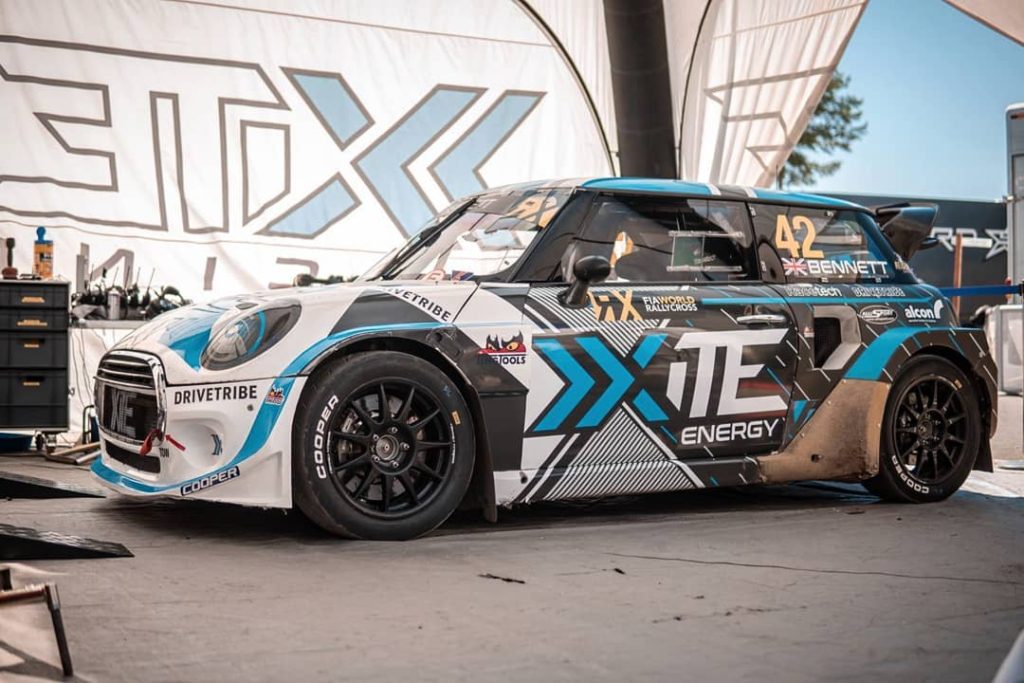 Oliver Bennett and the XITE Racing team are making a surprise appearance at this weekends American Rallycross meeting at Circuit of the Americas after a last minute deal came together to take the Mini Cooper SX1 stateside.

Following the last FIA World Rallycross Championship race weekend in Sweden, the next outing for the team was planned for Goodwood, supporting the DriveTribe stand.

Asked how the deal came about Bennett said “It was a pretty last minute decision as We we’re looking to go Latvia!

“Some sponsors put up some interest to get the MINI in the USA and we have some big plans for XITE ENERGY in the states so it tied well with meetings we have lined up! Last minute but should be very XITING!”

Talking about the plans for the weekend Bennett has a clear tactic in mind, “Absolutely send it… minimum of 8 cars, so touch wood in to the semi finals with no car troubles… big send and we are in to the final.

“What’s to lose on this one… great exposure and should make a great race!” he adds.

Bennett plans to make the most of the weekend as he continues to find his way in the Mini Cooper SX1  in its debut season. “This weekend will give me some track time, which is what I’m lacking everywhere… it’s given us less time to do some updates on the car we had planned but the seat time will be great either way!”

“Interested to see the pace of the ARX boys too!” he adds.

If you are visiting Goodwood Festival of Speed this weekend, make sure you are on the lookout for the XITE Racing Ford Fiesta which will be taking the place of the Mini this weekend. Take some pictures with and tag us on social media as we love to see you!