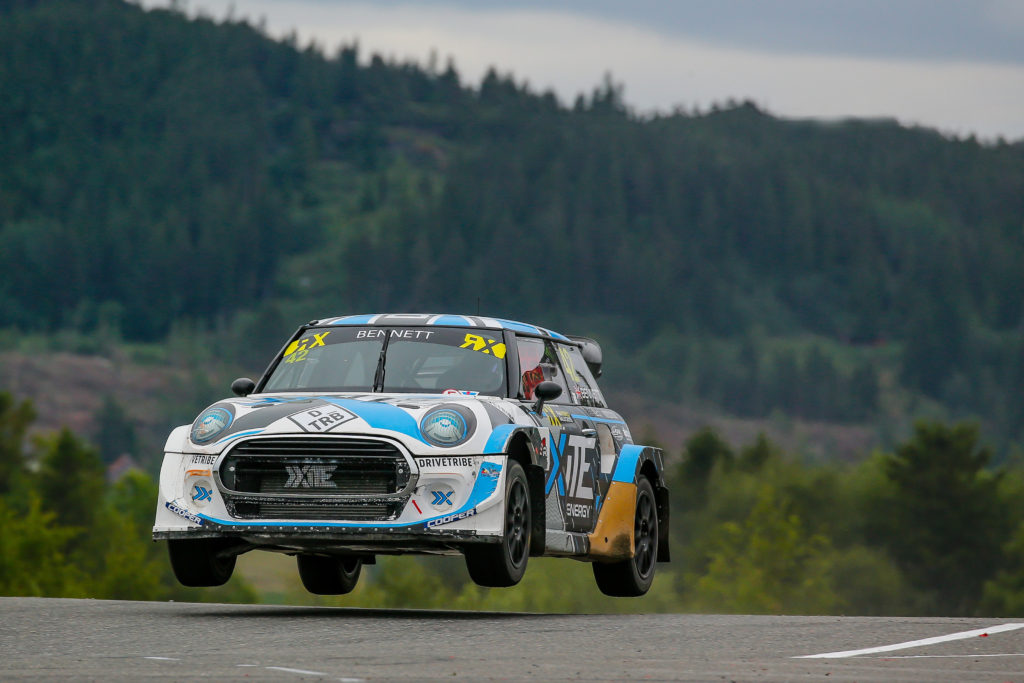 Bristol’s Oliver Bennett survived the fast straights and tight bends of Hell for the fifth round of FIA World Rallycross Championship.

Taking on the legendary rallycross circuit, Bennett started his weekend lining up alongside double World Rallycross champion Petter Solberg for the first race, knowing it would be a good opportunity to learn from the best, Bennett followed in the tracks of Solberg.

“We followed Petter for as long as we could, which was great!” enthused Bennett. “I was surprised too see where he gained time and it wasn’t in the areas I thought they would, which was under breaking; It was mostly on corner exit so that’s definitely something to work on!”

Heading in to the weekend Bennett’s only experience of the circuit was during his pre-race preparation during simulator work.

“First impressions was FAST! With tight corners and long straights it was hard for the first few laps to find the right breaking points, especially into the joker. That felt like a fast long sweeper right from the finish straight. It was amazing fun to drive though and flowed really well!”

During the fourth race Bennett’s handbrake lever broke, leaving him with no way to pull the back end of the car around the corners for the latter part of the race.

“The pin snapped and it came out its bracket! It was a very weird feeling fly down the back straight section and just seeing it disappear, and not knowing what was going to happen in the next corner! Luckily it wasn’t anything mechanical!”

Summing up the weekend Bennett can see progress as he learns the circuits and how to push the Mini Cooper SX1.

“The whole weekend was pretty great, each qualifier we had some slight set backs. Q1 we didn’t really have the right car setup, Q2 I had a false start, meaning I had to do two joker laps! Despite this, it was a fast session and nearly came back out in second! Q3 we got stuck behind some slower cars with little room or time to overtake and then Q4 we had some car issues lap 2 onwards.”

“It was great every time we went out, I guess luck just wasn’t on our side!”

The next round of the FIA World Rallycross Championship takes place in Sweden at the fast Holjes Motorstadion on the weekend of 30 June/1 July.