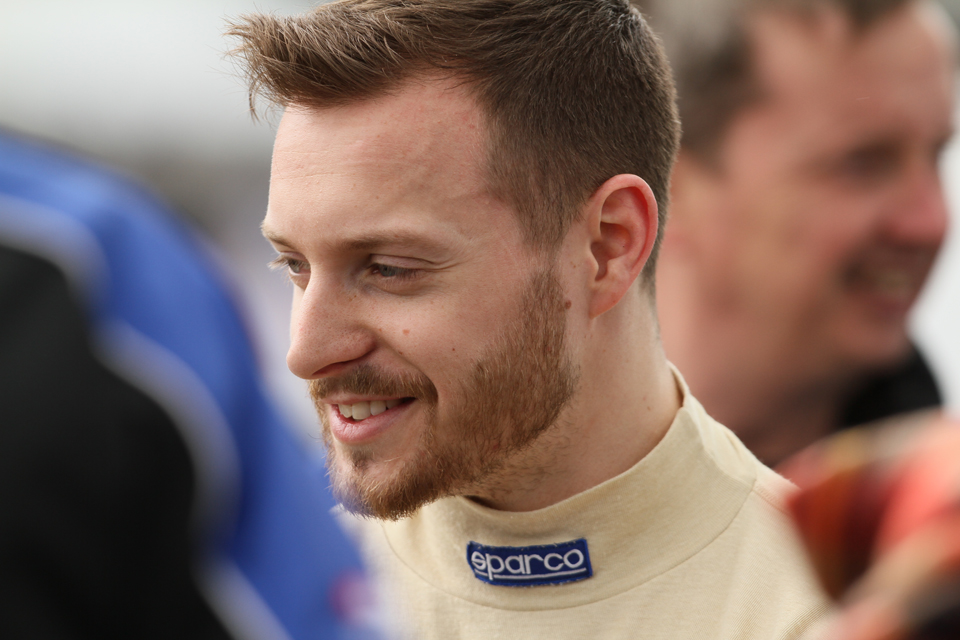 Kent racer Aaron Steele used his home track knowledge to full advantage this weekend (16 / 17 May) as he took two wins and a second place finish in the F3 Cup at Brands Hatch.

The sun was shining for the third race weekend of the series as it headed to Kent and Steele was keen to get racing again.

“It’s been a while since I’ve been to Brands Hatch; I’d forgotten how much I really enjoy the circuit, it was helped by the beautiful weather we’ve enjoyed over the last couple of days, I’m not sure if we were at Brands Hatch or Barcelona” admitted Steele.

Practice went well for Steele and took two pole positions in qualifying, “I was very pleased to walk away from Qualifying with two poles, it can’t get much better. I was surprised at the gap however, a mere 4 tenths covering the top 4, with only a tenth in my pocket to second place.” said Steele.

On both of the previous two race weekend’s Steele has experienced issues with clutch problems and was wary of the problem reoccurring once again at Brands Hatch.

“After all the clutch issues of Oulton Park and Donington Park I was cautious in heating up the rear tyres going to the grid – which ultimately was my downfall getting off the line. It meant in race 1 that I dropped into P2 with too much wheelspin by the time we reached paddock. I tried throughout the race to close the gap and got back on Louis Hamilton-Smith’s gearbox, but I just couldn’t fine that gap, not that I didn’t look a few times! Something the commentators really enjoyed, apparently the most entertaining spectacular battle of the day!”

For the following races Steele changed his tactics and headed out to the grid with tyres fully heated.

“Going into race 2 and 3 I knew it would be all about the start, getting off the line, leading after turn 1. Learning I needed a lot more tyre temperature and the clutch could take it from the first race, I really lit up the tyres before the start.

“Both races I got off the line well and settled into a rhythm, building up a few seconds advantage. But in race 3 there was a safety car 5 minutes before the end, wiping out my advantage, luckily at the restart I got away well and managed to build up a nice cushion to finish the race, completing my second win of the day.”

The weekend’s results means that Steele is now 21 points clear in the drivers championship and admitted he was happy with the new tyres, but believes that the hard work put in to his fitness ultimately helped him succeed.

“With hardly any rest points and these new Pirelli tyres that are super grippy, the weekend was really an endurance as much as three sprint races. I think my high levels of fitness helped me succeed over the weekend where others fell behind, partly helped by my recent Tough Mudder 10 mile gruelling event I managed to complete!”

The series heads overseas for the next round as the F3 Cup racers take on the mighty Circuit de Spa-Francorchamps on 26/27/28 June.

“Next time out, we’re off to Spa, one of the most amazing circuits in the world. I can hardly wait – but in the mean time, I’m off to the gym to help my advantage even more” Steele added.

Keep up to date with the latest from Aaron at: