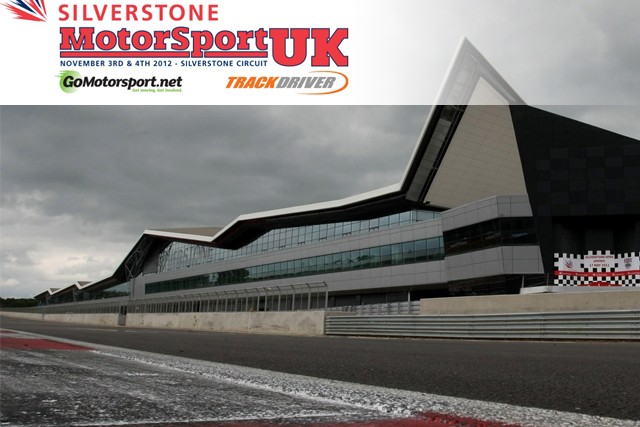 Motor sport champions from across the country head to Silverstone on 3-4 November for the Silverstone MotorSport UK show, a Who’s Who of exhibitors from the world of national motorsport, exciting ‘live’ elements and the inaugural Spirit of Motorsport Awards.

There is also an international flavour as European Formula 3 star Emil Bernstoff joins the line up with Oliver Webb who was been racing in the American Indycar feeder series in 2012 and Freddy Nordstrom who has been racing the in the NASCAR endorsed Euro Racecar series showing some of the talent that has come up through the ranks of UK motor sport.

Martin Capenhurst comments “We are absolutely thrilled to have such a line up of talented drivers coming to SMUK this year from every spectrum of motorsport. For all aspiring motor racing drivers, this is a fantastic opportunity to hear their experiences first hand and really understand what it takes to compete and build a career in motorsport.”

theCheckeredFlag.co.uk Editor-in-Chief Vince Pettit added: “The selection of drivers on the main stage give a brilliant representation of motor sport in the UK and will bring visitors a great insight in to career development as a competitor.”

Silverstone MotorSport UK will also play host to more than 100 companies from the world of motorsport. Exhibitors include some of the UK’s largest motor sport championships and key suppliers, and the event will see the announcement of the first Spirit of Motorsport Awards winners, who will share a £10,000 prize fund, courtesy of high performance oil and lubricant manufacturer RAVENOL.
Keep up with the latest show news online at www.motorsportshow.co.uk, www.twitter.com/SMUKshow and
www.facebook.com/SilverstoneMotorsportUk.

All Motor Racing Club members benefit from a 33% reduction on the admission charge (just £10 instead of the standard on-the-door ticket price of £15) on production of their MSA Licence or club membership.

Parking for all show visitors is FREE.