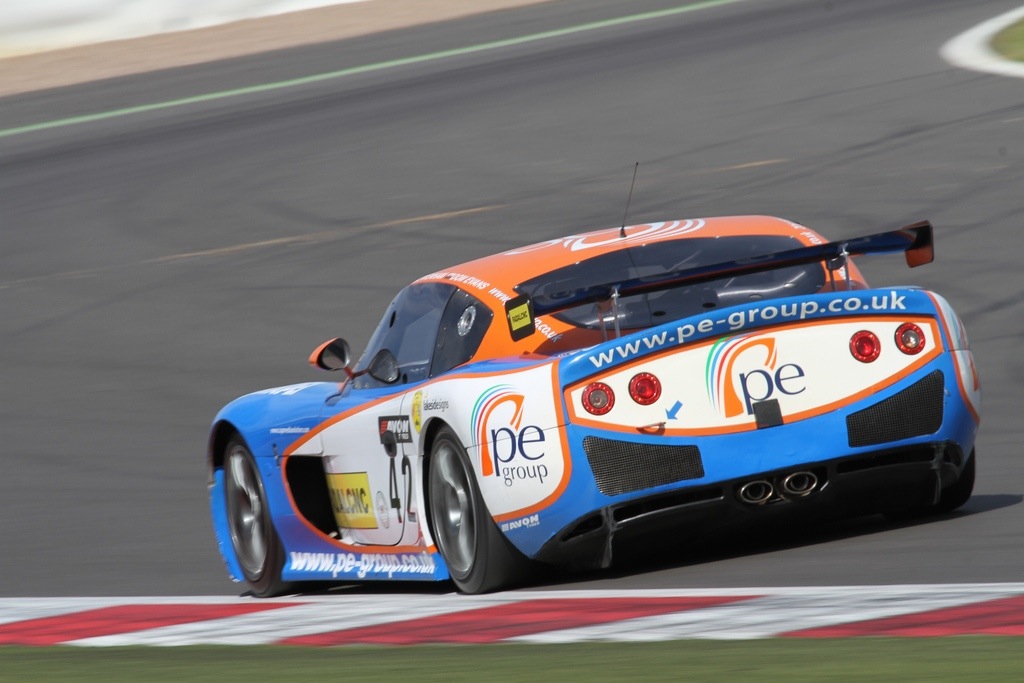 18-year-old racer Zoe Wenham secured second place in the Avon Tyres British GT Championship GT4 class in the scorching heat at Silverstone with one race still left on the calendar.

A challenging weekend saw time lost on the Saturday with overheating problems in her Ginetta G50 as Silverstone basked in a late summer heatwave, hard work from the Century Motorsport team saw the car repaired and ready to go for the three hour endurance race.

While main championship rivals Team WFR took the race victory and the championship Tewkesbury-based Wenham battled hard with her teammate Dom Evans to secure a strong finish in the high attrition race.

“The race at Silverstone was slightly disappointing as we should have been on the pace of the front in qualifying.” said Wenham. “Although I secured second place I had hoped to do it in more style – at least with a podium – but it just wasn’t to be. We did our utmost to try and put ourselves in a good position but struggled more than we had thought with tyre degredation. All in all it was a great experience but would have been nice to come away with a trophy.”

A consistent season of improving performances has seen Wenham come on leaps and bounds through the season as she made her debut in sportscars after a brief flirt with the SaxMax championship and the VW Racing Cup since passing her ARDS test at just age 13 in 2008.

“My debut year in GT’s has been absolutely amazing, the cars are out of this world and a pleasure to drive especially against so many well respected drivers in the motorsport world. I could only have dreamed of 2nd place at the start of the year and it has become a reality so a huge thanks goes to everyone involved: Century Motorsport, Supagard, FadalCNC, CapMedia and my family!”

“My confidence improved throughout the season and I can only hope that budget will come together for next year and I can win the championship.” added Wenham.

Century Motorsport team principal Nathan Freke has been impressed with Wenham’s progress throughout the year: “Zoe started the year quite nervous and not fully believing her capability but with time in the car she has flourished and has become a great little GT driver proving she can mix it with the top drivers in the class. ”

“She’s got a very level head on her and her style is very easy on the car, which for GT driving is essential. I’m so pleased for her to secure second in the championship this season. Its a fantastic achievement for someone with her experience and I hope she capitalises on this and carries the momentum through into next year.”

“It’s been a joy to have her in the team and hope the relationship is a long term one.” added Freke.

The 2012 Avon Tyres British GT championship showcases the most prestigious and stylish sportscar grid of any national motorsport championship. The 2012 season will visit six UK venues with one international event held at Germany’s infamous Nurburging GP circuit, during the N24 weekend.